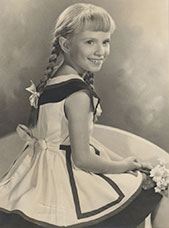 Anne Brandt has been in love with creative writing since second grade when her four-line poem about cats appeared in a school journal. Today her writing includes personal essays, short stories, children’s stories, and three novels. She still writes poems too.

Anne’s work has appeared in a variety of publications. Her essay about meeting her biological father for the first time after 45 years was a cover story for the Chicago Tribune Magazine. Her essay about getting a tattoo in honor of her fiftieth birthday appeared in Seniors magazine. Other work has appeared in the Chicago Sun-Times, The Daily Herald, and the Denver Post. A collection of her most popular essays was published under the title The Square Root of Someone. 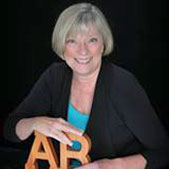 Additionally, Anne’s work was anthologized in Write Michigan and has been performed at the Box Factory for the Arts in St. Joseph, Michigan. Last year, she was a finalist in a flash fiction contest and was interviewed online about her autobiographical entry titled “The Truth.” Recently, Anne collaborated with two other special friends to produce her first children’s picture book, Philip & Phoebe.

Brandt spent twenty-five years as a corporate ghost, and her work on annual reports, newsletters, and speeches won several awards. Currently, her passion is to write and publish gentle stories for young children, which is why she founded Spectacled Bear Publishing.

Anne and her husband make their home in Benton Harbor, Michigan.

Comments Off on Bio