Work continues on the Spectacled Bear Publishing website. We’re this close to launch, and I’m excited about our motto that’s expressed in the tagline, “Saving gentle reads from extinction.” In today’s grizzly world, Spectacled Bear represents a kinder view in such genres as children’s literature and poetry.

The debut book, Philip & Phoebe, went to press a week ago. Here are some photos that Jessi Littleton of Walsworth, the printing company, took. They show some of the inside pages and how they’re printed on large sheets of paper that are eventually cut and bound inside the cover. And that big white thing is the printing press. Because of the quality we wanted, we did not choose a print-on-demand format or an ebook. 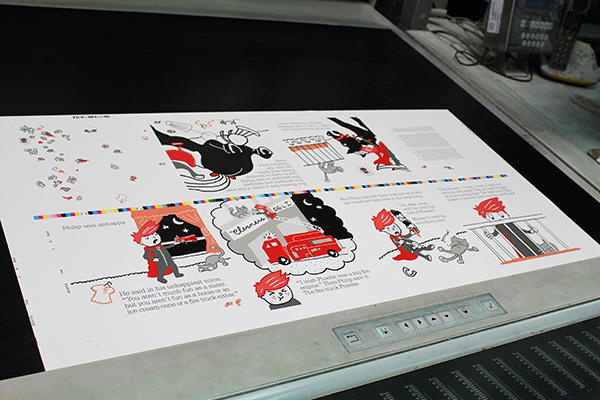 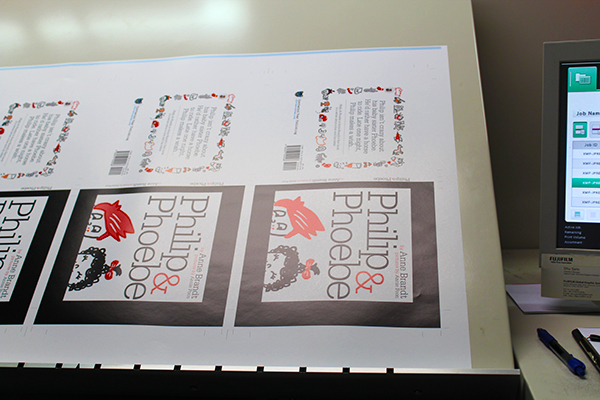 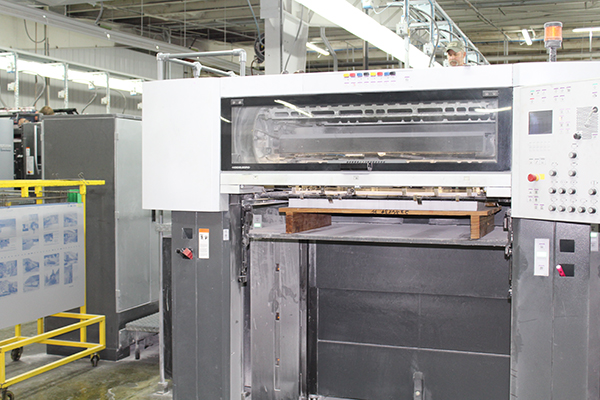 Instead Spectacled Bear Publishing chose Walsworth, one of the country’s top ten book printers. In addition to superior quality, we wanted a company that could also do the fulfillment while offering amazing customer service. We hoped it could be a local supplier, but we got quotes from as far away as New Jersey.

Believe it or not, Walsworth is in our back yard. While its main headquarters is in Marceline, Missouri, it has a huge facility in St. Joseph, Michigan. Philip & Phoebe is a small project for a company that’s among the thirty-five largest printing companies in the country.

But from the time I blindly emailed the company asking for a quote through the preparation and proofing stages of the manuscript to determining shipping and handling procedures, I’ve been treated as if it were the next Harry Potter. Bob, Dawn, Jessi, and Gerry (as well as everyone else) are all my new best friends.

So as our country celebrates its independence and heads into serious summertime, Spectacled Bear is about to go live. And because you subscribed to this newsletter, you will automatically receive a notice from the Bear at that time.