Wondering what this stylized bear is all about? And why the glasses?

There is certainly great competition in the publishing industry, and perhaps you think the world doesn’t need another entry. But after spending two years trying to find the right agent for my work, I’ve decided to become a publisher myself. In the same two years, I’ve had several of my stories printed in various publications, which leads me to believe there is a market out there for gentle stories that downplay violence and produce smiles.

Spectacled Bear will focus on children’s literature, poetry, novellas, and non-fiction. The website spectacledbear.com is currently under construction, and the first book is ready for release.

When I researched the company’s name for any copyright infringement, I learned there really is a spectacled bear in the animal kingdom. Called by its formal name, Tremarctos ornatus lives in South America, does not hibernate, and is mostly vegetarian. It is also on the vulnerable list, which is only a couple steps down from the endangered list. Perhaps this little publishing company can help raise awareness not only of gentle reads but also of fairly gentle bears.

Philip & Phoebe, the first book Spectacled Bear is publishing this summer, is about the magic of wishing. Every child has a secret wish: to fly, to speak with animals, to be a superhero. But what if a child’s wishes came true? Philip learns about the upside and downside as he practices his “magic” on baby sister, Phoebe.

I am excited to be working with Annie Poon, an illustrator whose work is in New York’s Museum of Modern Art; with Chris Bick and Keith Carollo, the brains and heart behind more than one successful creative adventure; and with a board of advisors that has helped keep this project moving forward. 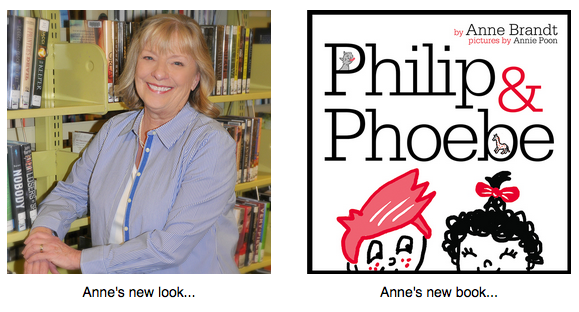